Some songs demand better treatment than that of a Bluetooth speaker.

Just listening to one of Lynyrd Skynyrd’s guitar intros might be enough to get you to buy an amplifier, as the smallest 50-watt amplifier could help you make the most of that epic sound and were you to compose a playlist of the best songs for a road trip, you’d definitely be tempted to give your car audio a bit of an upgrade.

Picture yourself driving down the highway, “Sweet Home Alabama” playing on the radio. Adding a subwoofer to your car would really boost up those drums and that iconic bass guitar. You might ease up and let John Denver’s “Take me Home, Country Roads” play next, but still, you’d appreciate highlighting that soothing guitar strumming as you drive.

That is the reason why some songs were made, so you can enjoy them while driving cross country or at any point during your daily commute. 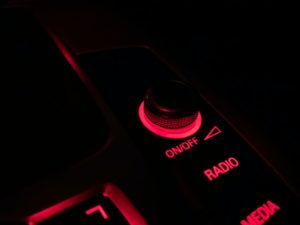 Classic songs, such as Chuck Berry’s “Route 66” make long drives all the more memorable. Even slower songs, such a Tracy Chapman’s “Fast Car” demand a deeper bass and better quality audio than most radios allow.

These are the songs that take you places even while you’re stuck in traffic or waiting for the lights to change. They’re your travel buddies and they could very well use that pillow or blanket bass for extra comfort, the same way you would use your car seat during a drive.

As a matter of fact, we have barely started covering the number of great songs you can listen to as you finger drum on the wheel.

Bruce Springsteen has “Born to Run”, “Streets of Philadelphia”, “Born in the U.S.A” and just about enough songs for him to take over this whole playlist. You may also enjoy sitting back and letting some of the indie kids take over the radio as you listen to the likes of The Lumineers, The Temper Trap, and the Bombay Bicycle Club. Though Americana offers a plethora of songs to choose from, you might just as well go for something truly epic, such as the Richard Strauss orchestral arrangement that was used in Kubrik’s 2001: Space Odyssey.

Soundtracks have their own place in a road trip playlist, as do the more classic road trip genres, such as folk, country, and rock’n’roll. You might already be familiar with most of the songs that have essentially become a road trip staple and if not, there a couple of old-school hits that you ought to check out.

David Bowie’s “Heroes” will have you nodding your head as you check the rearview mirror. Fleetwood Mac’s “Dreams” will have you digging through the glove compartment, as you search for that pair of sunglasses that would go nicely with this song.

A modern classic such as Arcade Fire’s “No cars go” might inspire you to again hit the road, only this time armed with a unique sound system you got from that cool place in Cleveland, Tn.

We promise reliable products at fair prices. Products come with one year to lifetime manufacturer’s warranty. Underground Sound also offers extended warranties. On most products, this service provides future protection including free shipping and in some cases product replacement.Underground Sound guarantees installation for as long as you own your vehicle.